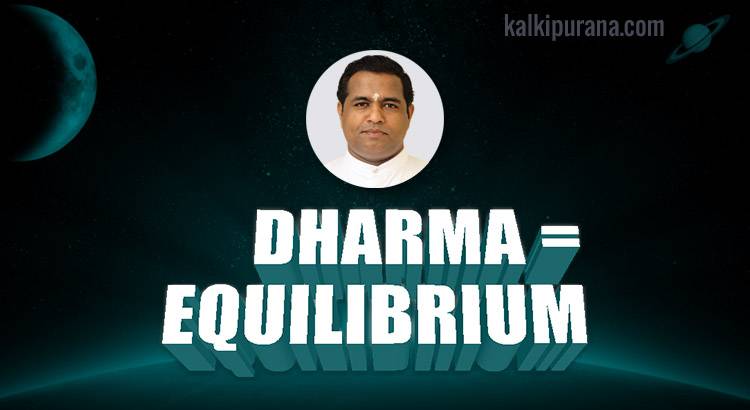 “The real intention of the word Dharma is Equilibrium” Kalki

Equilibrium means state of being balanced i.e. existing in equality, no imbalance, in perfection, with completion.

It becomes equilibrium when a person fulfills his responsibility duty and mission with exactness according to each and every position he exist in these structures of family, society, nation and world.

The duties and responsibilities towards family and society should be carried out in a particular situation only by perpetuating the gravity of the importances of the country and world. For example: There was difficulty in doing the family duty according to the custom for those who had taken part in the freedom struggle. It will be difficult for the soldiers taking part in the battle to do the family duty in what manner it should be done. If the country confronts war threat on the following day of a soldier’s wedding, then a quick military service becomes obligatory. Those who are in the positions related to country and world have duties and mission significant respectively as per the authority of position they are in. Stability of a person, society and family are possible only if the country and  world exist.