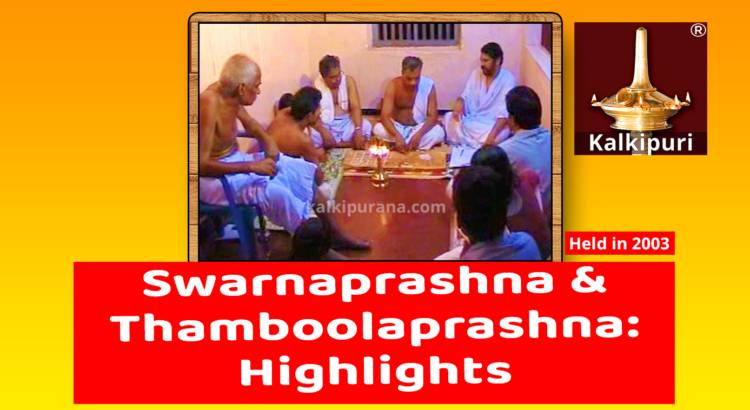 In 2003, the inborn divinity (Swayaboo Chaithanya) of Kalki and divine greatness of Kalkipuri Temple has been proved in Astrology (Swarnaprashna and Thamboolaprashna). Limitless Eternal Divinity (Swayamboo Chaithanya) is inborn in Kalki. Divine powers of Lord Brahma Lord Shiva and Lord Vishnu (Thrimoorthi Chaithanya) exist in Kalki. The zodiac cancer reveals the Avatharakala (related to incarnation) and the highest position of Jupiter shows the divine way of working.

Limitless Eternal Divinity (Swayamboo Chaithanya) is inborn in Kalki. Divinity is in Kalki. Where there is Kalki there is Temple (Devasthanam). The change in places do not affect the inborn divinity of Kalki.

Kalki is brahmin. Now Kalki have a temple (Kalkipuri Temple) and will become world famous (situated in the birth place). The construction work of the Kalkipuri Temple will be completed at the earliest. Kalki will execute it until a stage with the co-operation of those presently included then by Lord’s decision, devotees from all over world will participate. Kalkipuri Temple will exist forever to give blessings and protection to the devotees with world fame.

Kalki Purana by Agastya and Vishvamitra 1 week ago